Video in the Modern Dealership 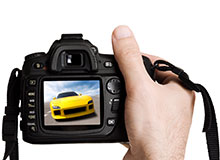 Since its advent, video has been the mainstay of advertising for modern car dealers. Through television, video gives dealers a unique, personal platform to reach potential customers, showcase their products and give their dealerships an identity. And while all are not “Oscar-worthy”, perhaps no other medium provides the immediate gratification of a well-placed television commercial. Still, with the proliferation of “new media” opportunities and the ever-evolving digital marketplace, today’s dealers are forced to reevaluate the role of video in the modern car dealership.

Fortunately (especially for those of us who make our living this way), video is more relevant than ever today and is an integral part of the success in of any dealer’s overall marketing efforts.

Just as automotive advertising has evolved dramatically over the past decade, the car buyer has changed, as well. Bombarded with literally thousands of advertising impressions daily, consumers are harder to attract and impress than ever before. While passive interaction through your website and social media outlets is great for brand-building, nothing engages the audience like video. As baby boomers diminish from the target demographic radar, they’re replaced by generations who have been surrounded by and embraced all things video, since exiting the womb to a baby video monitor.

Video attracts, engages, informs and entertains. Prospective car buyers are 55 times more likely to interact with a video message on a website than with conventional text and images. In addition to traditional television advertising, progressive dealers incorporate video into their email blasts, use video to inform consumers in their social media marketing campaigns, attract or conquest buyers in their “pre-roll” advertising, and throughout their websites — the culmination of these efforts is unparalleled SEO and a rock-solid brand.

If your store is already using the power video to its fullest, I probably lost you after my opening sentence. If you’re still reading, I’ll assume this may be a “growth opportunity” for your dealership. Good news. Gone are the days of the intimidating racks of tape machines and edit consoles, with switcher control panels that would make Scotty from the USS Enterprise cower in fear. With a minimal investment (under $1,000) and a bit of guidance, you can create video content that represents you and your dealership in a positive and professional light.

First, regardless how good your smartphone is, do not use your phone to take video. It’s great for capturing those impromptu life moments but the small lens aperture and highly compressed formats result in video that is difficult to light, soft in focus, and handles motion poorly. There are a variety of DSLR cameras packages available, with versatile lenses, capable of grabbing high-definition video (720/1080p) with dedicated audio inputs in the $500-$600 range. Don’t forget a tripod.

Speaking of audio, invest in a decent lavalier microphone for your on-camera “talent.” Since your recording conditions may often be less than optimal, the mic will allow the speaker’s voice to stand out from the ambient noise, without requiring that speaker to shout, which can be perceived as offensive by the audience. Price is under $100. Make sure to check compatibility of the audio connector with your camera.

Lighting. Perhaps the single-most overlooked component of good video. Quality, dimmable LED light kits are available which offer portability and plenty of punch for most situations for less than $300.

Teleprompter solutions are available for the iPad (which are user-controllable from the iPhone) for less than $25.

Editing software. The sky’s the limit here, but simple cut-and-paste editing software, like “Movie Maker”® for the PC or “iMovie”® for the Mac are dirt-cheap and provide more than enough power to perform simple transitions and titling. The intuitive workflow and interface on these apps will have you up-and-running in under an hour.

I’ll explore each of these individual components of good video production and many others, beginning with “Creating an Effective Video Script” next month. If you have any questions in the interim…

Jay Juliano, president of Vision Media in Fort Lauderdale, is an Addy® award-winning, 25-year veteran producer of television commercials and video content for the Automotive Industry. His innovative, creative strategies consistently generate traffic and sales for over 600 dealers, including the Rick Case and Hendrick Automotive Groups.